Prior to By Design I was living in defeat, drowning in disappointment and controlled by a great measure of fear. I was floundering and felt hopeless and out of control in many areas of my life. By Design became a place where, week after week, my core beliefs that contributed to my sense of failure were being challenged, dismantled and replaced by a belief system conducive to being finding success instead. As a By Design graduate I can say with certainty that the supportive community, the simple strategies,tools, and principles taught at By Design are transformational. Each time the content was relevant and powerfully presented yet, with great leaders facilitating a safe place for By Design participants to be honest and vulnerable, it created a culture of honour, support, and encouragement that changed my life. Over time, confusion began lifting, fear started falling away, dreams started to bubble up and my self-worth began blossoming. Two years later, I am now “designing” my life and pursuing a professional certification as an ICF International Life Coach, which was inconceivable prior to By Design! My life will never be the same. By choosing to live my life with a purpose and being intentional in my choices my life can, and will be whatever I create it to be. Attending By Design was one the best choices I’ve ever made.

Copyright © 2020 By Design. All Rights Reserved. 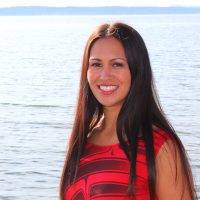